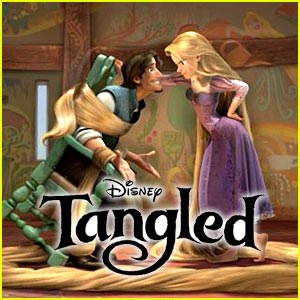 It was a really cute scene, too. It’s so much like the scene in Chuck when Yvonne (Sarah) says it to Zac (Chuck) — “I may have to point my gun at you so don’t freak out!”

And here, Mandy Moore (Rapunzel) says the same thing to Zac (Flynn), when she  tells him about her magic hair. It was too cute. 🙂 I think maybe they knew that a bunch of Chuck fans will watch the movie just for Zachary Levi and not because they’re particularly interested in watching a Disney fairy tale movie.

Anyway, I totally loved the movie because you know, I haven’t matured since kindergarten. Really, I haven’t outgrown that princess stage and stuff, so yeah, I still love a movie with “bad guys” singing songs in a tavern and animals saving the day. And Zachary Levi. Even if you’re just hearing his voice.

P.S. There was also a line that had the word “Terrified” and I wonder if  it’s also a shout out to Zac’s song with Katharine McPhee.

View all posts by happylittlegirl